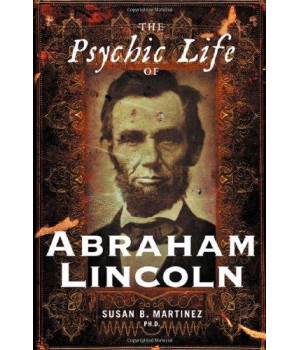 The Psychic Life Of Abraham Lincoln

The Psychic Life of Abraham Lincoln

In dreams, he foresaw his sudden death. He consulted oracles, and at age 22 was told by a seer that he would become President of the United States.

Obscurantists and historians have dismissed Abraham Lincoln's psychic involvements which, in his own time, were profound state secrets. But Lincoln's rise to power coincided with the Great Age of Spiritualism and, as a Mystical Unionist, he felt he was controlled by "some other power."

Trauma and heartbreak opened the psychic door for this otherworldly President, whose precognitive dreams, evil omens, and trancelike states are carefully documented here in this bold yet poignant chronicle of tragic beginnings, White House séances, and paranormal eruptions of the Civil War era.

Aided by the deathbed memoir of his favorite medium, Lincoln's remarkable psychic experiences come to life with communications from beyond, ESP, true and false prophecies, as well as thumbnail sketches of the most influential spiritualists in Lincoln's orbit. Surveying clairvoyant incidents in Lincoln's life from cradle to grave, the book also examines the Emancipation Proclamation and the unseen powers that moved pen to hand for its historic signing into law.

Specifications of The Psychic Life of Abraham Lincoln