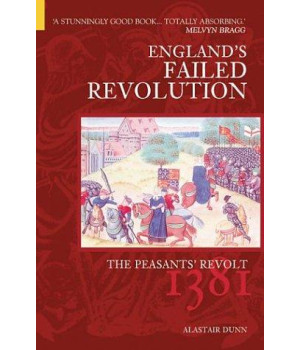 The Peasants’ Revolt was the greatest mass rebellion in British history. Throughout June and July 1381, 60,000 men and women from as far afield as Yorkshire, Norfolk, and London rampaged across the country in response to the attempted collection of the hated ?Poll Tax.” Towns such as London, Cambridge, Bury St Edmunds, and St Albans witnessed enormous disturbances in which local rivalries became enmeshed in the broader movement of resistance. The risings produced highly charismatic leaders, including William Grindecobbe, Wat Tyler, and John Wrawe (?The King of Suffolk”), although the rebels did not have a monopoly on charisma. The most dynamic personality of the entire revolt was the semi-psychotic Henry Despenser, Bishop of Norwich, who converted his household into a miniature army.