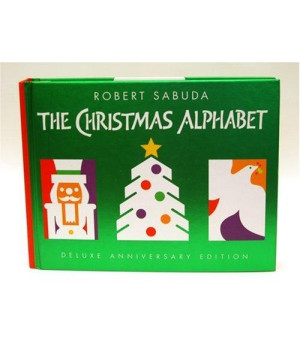 To celebrate the 10th anniversary of THE CHRISTMAS ALPHABET, Sabuda has created a brand new pop-up to include in this special edition, which also has a brand new cover and is covered in green foil.

"The Christmas book of the year. Twenty-six dazzling, magical pop-ups commemorate holiday sights and symbols in unforgettable ways....Most of the pop-ups themselves are white, which gives them an elegant look, and Sabuda...has designed them all to move gracefully when the flaps are opened....Besides being an imaginative paper designer, Sabuda uses form, color, and space expertly....Just terrific. "
-- Pointer, KIRKUS REVIEW