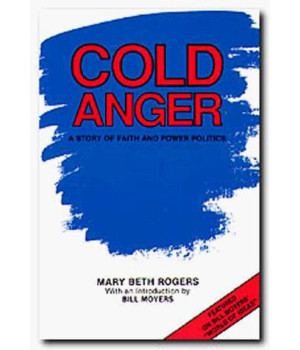 Cold Anger: A Story Of Faith And Power Politics

Cold Anger: A Story of Faith and Power Politics

Cold Anger is an important book about the empowerment of working-class communities through church-based social activism. Such activism is certainly not new, but the conscious merger of community organizing tactics with religious beliefs may be. The organizing approach comes from Aul Alinsky and his Industrial Areas Foundations (IAF). . . . The book is structured around the polifical life of Ernesto Cortes Jr., the lead IAF organizer who has earned recognition as one of the most powerful individuals in Texas (and who has been featured on Bill Moyers' “World of Ideas”). . . . Cortes fashioned a hard-ball Alinsky approach onto the natural organizing ground of church-based comunities. The experiment began in San Antonio . . . and was successful in the transformation of San Antonio politics. Such dramatic success . . . led to similar efforts in Houston, Fort Worth, El Paso, the Rio Grande Valley, Phoenix, Los Angeles, and New York, to mention only a few sites. Expansion beyond San Antonio meant organizing among Protestant churches, among African American and white, and among middle-class communities. In short, these organizing efforts have transcended the particularistic limits of religion, ethnicity, and class while maintaining a church base and sense of spiritual mission. . . . Rogers's clearly written book will be of great value to the scholar, student, and layperson interested in urban politics, ethnic relations, social movements, or church activism.

Specification of Cold Anger: A Story of Faith and Power Politics