Are You Weeping With Me, God?
A book on the personal grief and story of a woman who lost her teenage daughter in a car accident. P..
$99.42

The Capitalist Spirit: Toward a Rel....
Will be shipped from US. Used books may not include companion materials, may have some shelf wear, m..
$99.29 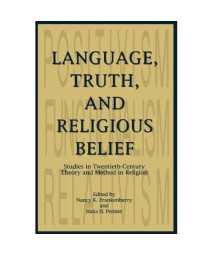 Language, Truth, and Religious Beli....
Why do many people think religion is subjective? Or symbolic? Or non-rational? This book brings toge..
$98.09

Religious Freedom and the Constitut....
Religion has become a charged token in a politics of division. In disputes about faith-based social..
$95.97