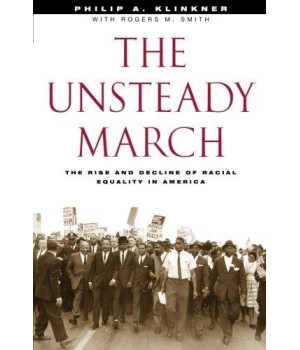 The Unsteady March: The Rise And Decline Of Racial Equality In America

The Unsteady March: The Rise and Decline of Racial Equality in America

Winner of the Horace Mann Bond Award of the W.E.B. Du Bois Institute for Afro-American Research at Harvard University.
American life is filled with talk of progress and equality, especially when the issue is that of race. But has the history of race in America really been the continuous march toward equality we'd like to imagine it has? This sweeping history of race in America argues quite the opposite: that progress toward equality has been sporadic, isolated, and surrounded by long periods of stagnation and retrenchment.

Specifications of The Unsteady March: The Rise and Decline of Racial Equality in America