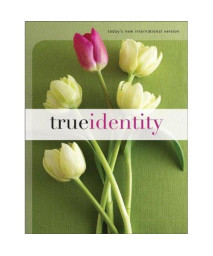 To Gain The Divine Wisdom From The Two Pillars That Shape The Humankind: Religion And Spirituality, Check Out Ergode Books

The best spiritual book is the one that is considered classic. The spiritual book mainly focuses on reaching the diving lifestyle. The book is all about religion and in all the books the religion is about knowing God, seeing God and to be with God. Not only one, but there are different religion and each religion has a different Holy Book. The Mahabharata, The Ramayana, The Gita, etc. for Hindus, The Quran for Muslims and The Bible for Christians.

Generally, people buy religious and spiritual books to edify themselves. There are various kinds of spiritual books and you may also find books with genre like autobiographical, poetic, non-fictional, and sometimes even fictional. The ultimate aim of religious books is to guide readers to achieve holiness. Books based on classic spiritual are not just for a particular religion. Anyone can read it and attain inspiration from it since it defines all the religions and also explains the ultimate goal of every religion. In a more general sense, it may refer to almost any kind of meaningful activity or blissful experience. There is no single, widely-agreed definition for the concept.

If you looking out for religious books, then you have stopped at the right place as here you will find interesting books on religions. Get the best spiritual book, religion books online at Ergodebooks.com a book of the process of personal transformation, either in accordance with traditional religious ideals or, increasingly, oriented on subjective experience and psychological growth independently of any specific religious context. Check out our store and buy spirituality books online at the best price.

The mythical stories that make the entirety of human civilization's history, the stories of Gods and Goddesses are one of the most sacred ones. The study of Religion and Spirituality has shaped the thoughts and morals for us humans, for a very long time. The books containing the ideologies of mythical amusements have been quite appealing. One cannot ignore the fact that these ideologies were amongst the first manuscripts from history, and thus, they are taken very seriously.

The stories of Gods and other mythical ventures are too compelling. At some point, we humans feel grateful for the opportunities that we have been provided. If you also have an in-depth knowledge of Spirituality, then you must admit the ideologies behind miracles were real. Ergode Books has done an excellent job of providing its readers with some of the best books that a particular genre has to offer.

When it comes to books of Religion and Spirituality, you cannot simply ignore the fact that as humans, we have a definite purpose, and that is why the creation of life sufficed. Books of different religions, which speak of a subtle moral and value, are essential for one to read. Ergode Books has a vast list of such sacred books that include the Gita, the Bible, The Quran, and much more. So, for the love of God and the gratefulness for your creation, we recommend you to check out Ergode Books.